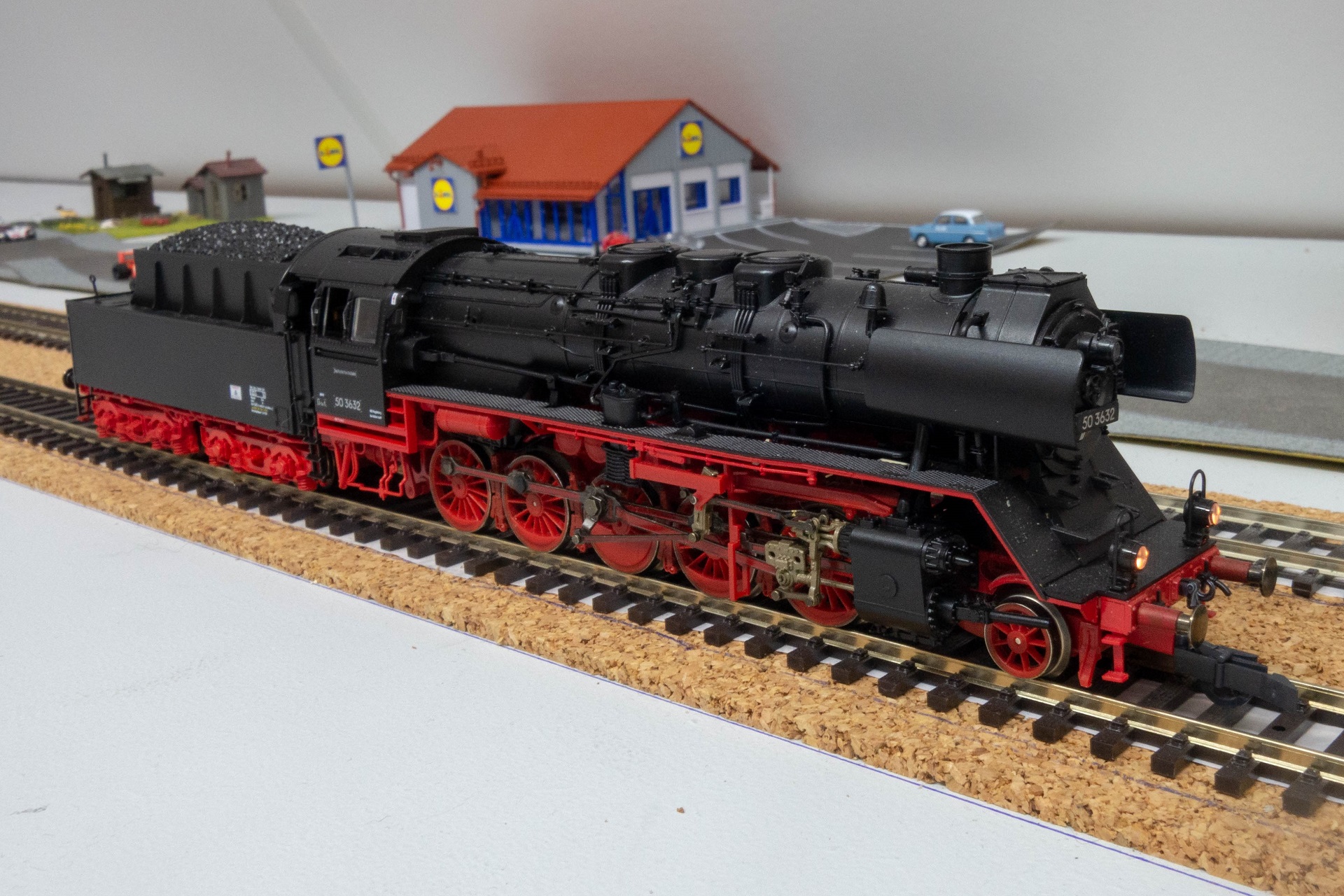 The DR 50 3632 was built in 1941 in Germany.
The locomotive ended up in East-Germany after the Second World War.
Thge locomotive was later renumbered to the DR 50 3632-2.
It went out of service in 1985 and was later scrapped.
Multiple locomotives of this series are preserved at the VSM, SSN and STAR heritage railways. 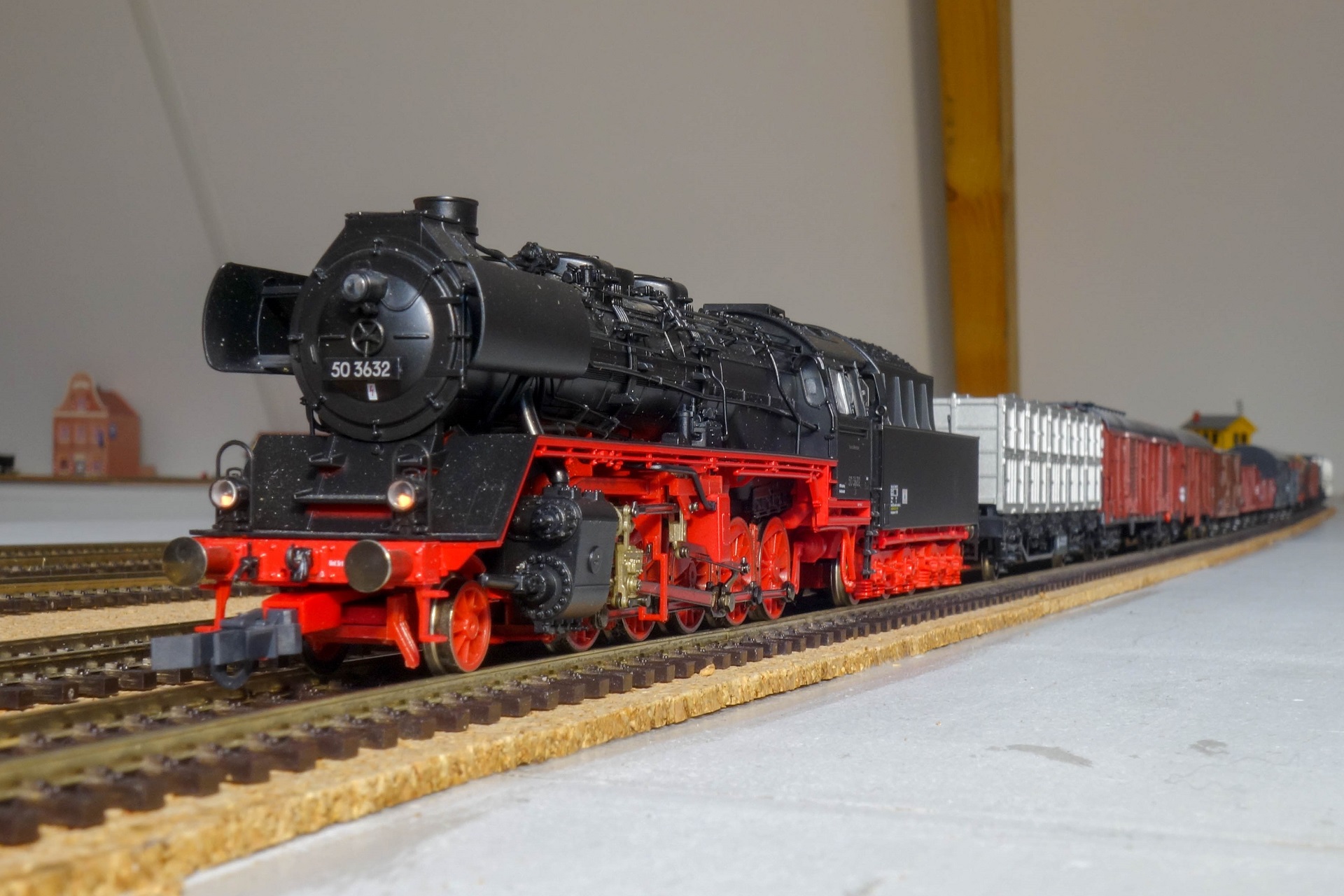 The model was made by Roco and carries article number 43360.
The model is of high quality with many detals.
The locomotive carries an ESU Loksound V4 sound decoder.