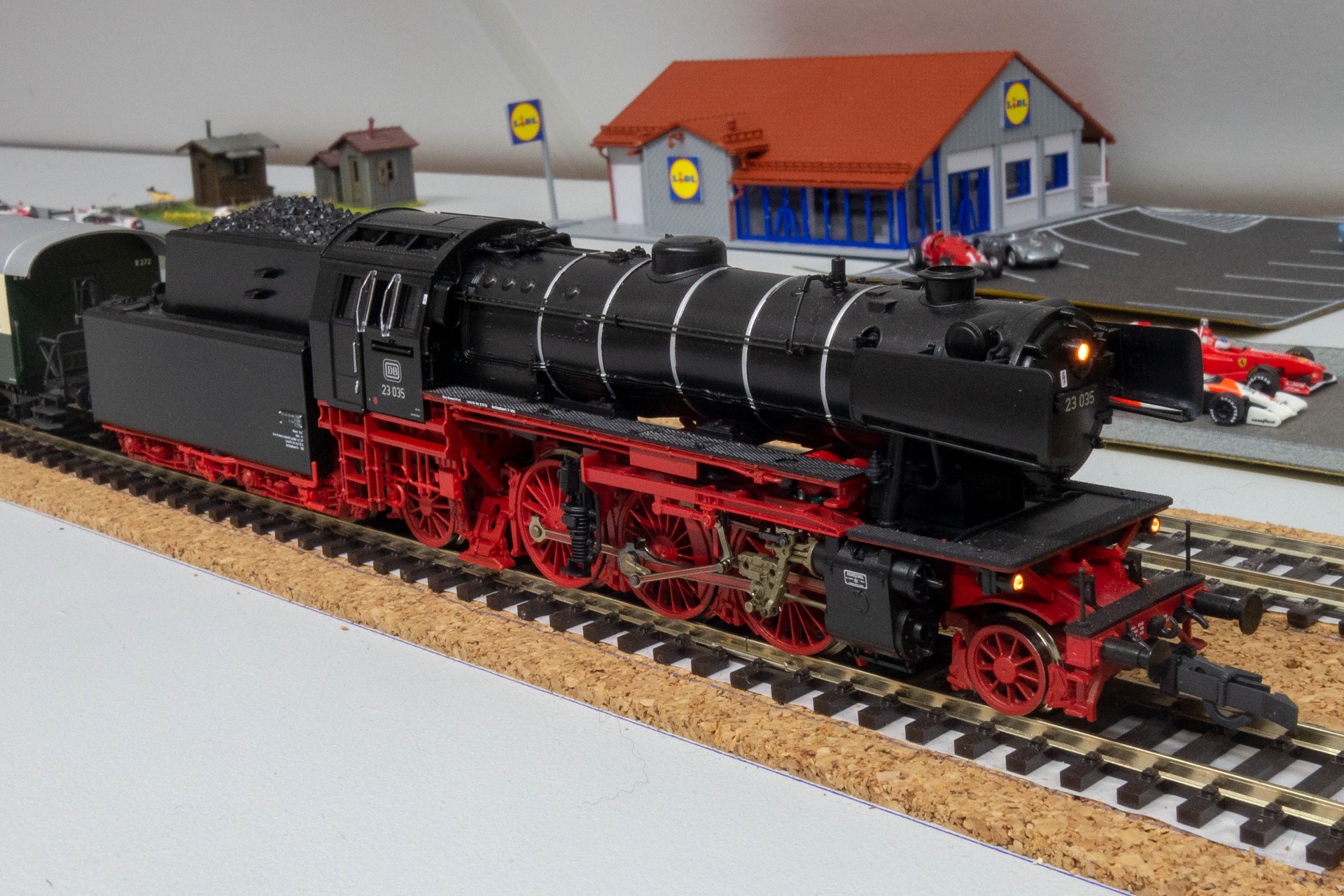 The DB 23 035 was built in 1954 in West-Germany.
The locomotive was later renumbered to the DB 023 035-9.
The locomotive went out of service in 1972 and was later scrapped.
Three of these locomotives are preserved and in service at the VSM and SSN heritage railways.

The model was made by Roco and carries article number 63224.
The model is well made and has many small details, but is propelled from the tender
The locomotive has a DSS, but doesn't have a lot of room for a decoder.