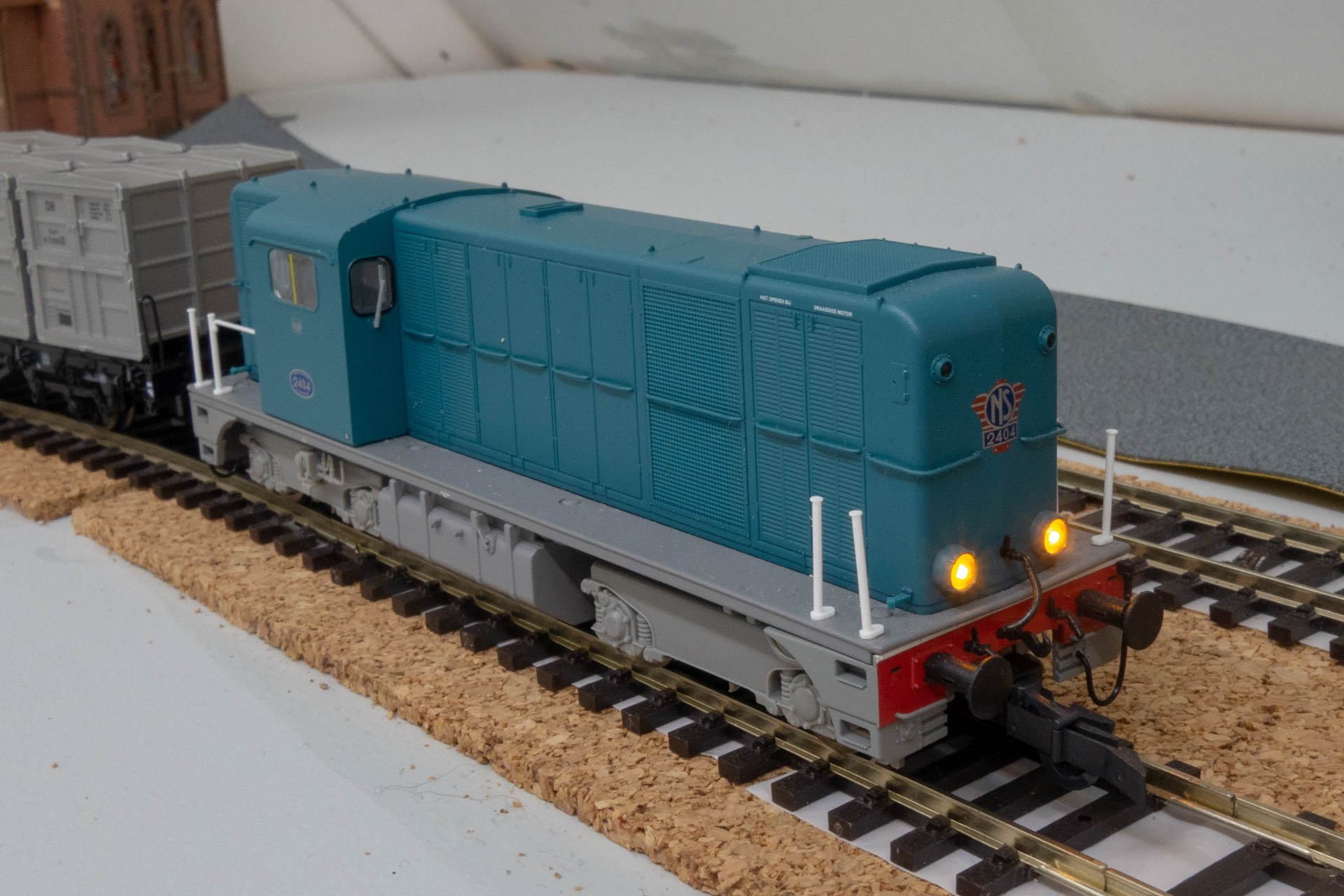 The NS 2404 was built in 1954 in the Netherlands.
The locomotive went out of service in 1989 and was scrapped in 1990.
Multiple of these locomotives have been preserved at Dutch heritage railways. 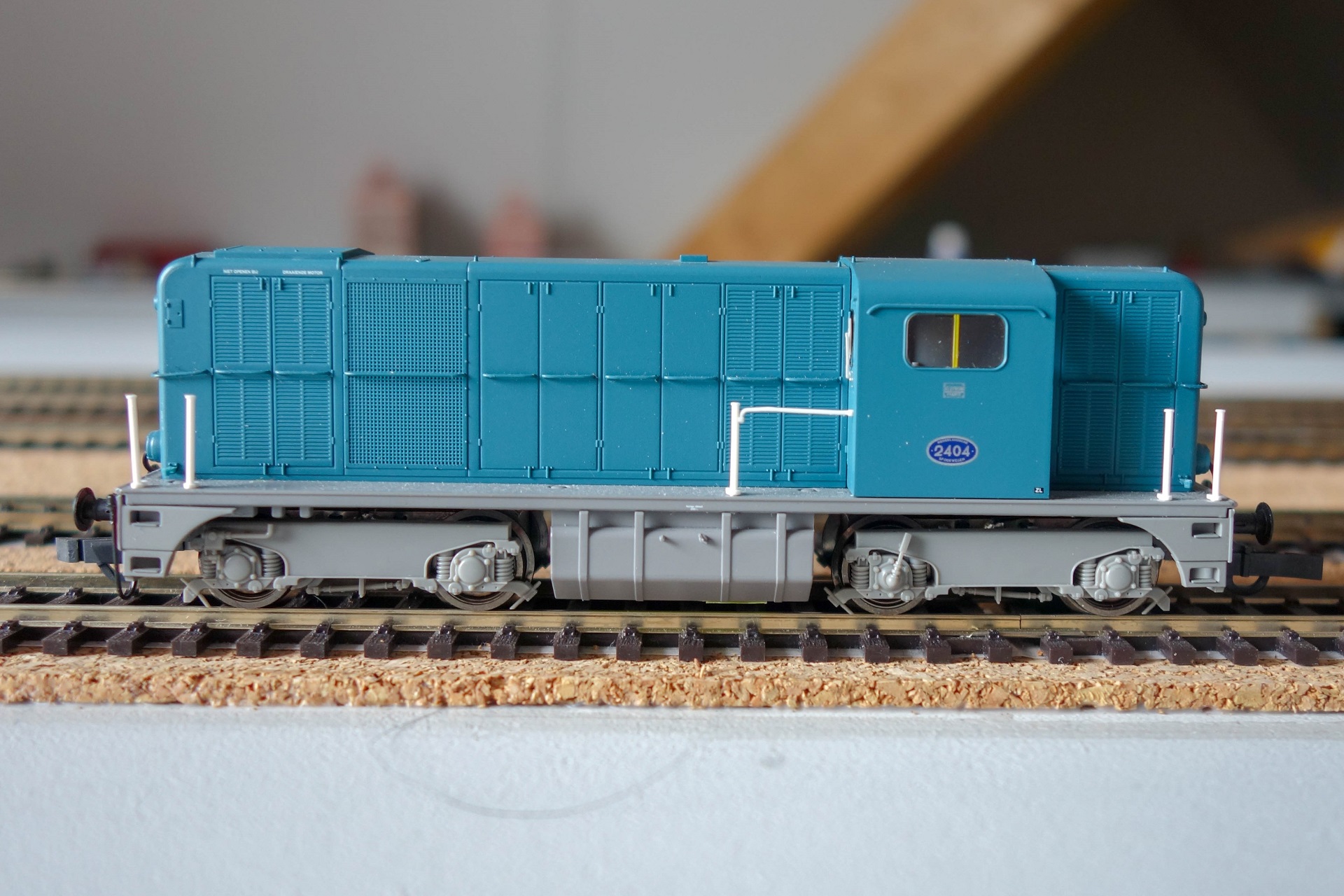 The model was made by Roco and carries article number 62794.
The model is of high quality and has many small details.
The locomotive carries the colours that it was delivered with in 1954.
The locomotive has a DSS and has a digital decoder installed.